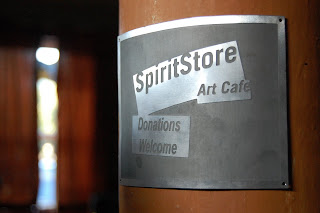 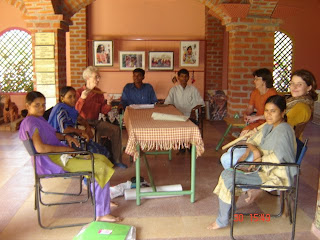 Brian and Eileen Coates having been travelling back and forth to India for the last six years, at first to lecture in cultural studies and later to participate in a Museum Project. Their description of the politics and sensitivities involved in naming, acknowledging, protecting and preserving one ethnic group in that vast continent by means of the construction of a local museum, broadened our horizons last Saturday afternoon.

A day later Choke Comedy Improv, a Limerick based improvisation group, crafted scenarios out of suggestions from the audience, written notes, and interaction strategies. Their joint theatrical experience, as actors, playwrights, directors came through as they tickled the SpiritStore audience on Sunday night with their ingenuity. (See Alan Crowley's stop-motion film in the post below for the action)
On Tuesday afternoon we hosted Sercan Sahin, a working artist living in Limerick. Speaking about Print as a medium, Sercan gave his audience an insight into the subject material that has inspired his work over the past 15yrs. He moved back and forth from technique to content to provide us with a clear idea of his ongoing practice.

Later the same day, Dr Luigina Ciolfi, from the Interaction Design Centre (IDC), at the University of Limerick, spoke about designing interactive technologies for public places. She began by contextualising her research, first as an approach that emphasises the importance of understanding people and context at the outset of a design project, and second by giving us her philosophical stand on ‘space and place’. Her presentation exemplified this design approach with a number of Limerick based project examples. 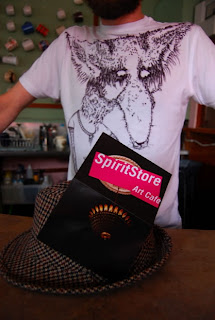 (Papers on this subject and examples of Interaction Design research carried out by the IDC here at home as well as europe-wide are available on the IDC website at http://www.idc.ul.ie/ )

Wednesday night, John Galvin, gathered his audience into a comfortable cluster in the middle of the SpiritStore and surrounded us with a set of five speakers that expelled the sound of his 12min sound piece based on states of sleep.
It was a wonderfully intimate sound experience that triggered questions on brainwave patterns, rythmn, waverates, surround-sound and interpretation.
And today, Nora O'Murchu introduced Limericks, TWEAK festival.

‘Tweak is an interactive art and live electronic music festival taking place in Limerick City between the 21st and 26th of September 2009. Its aim is to promote understanding of the use of technology within our culture and to explore contemporary issues (social, economic, psychological, aesthetic and functional).’ http://www.tweak.ie/

Limerick is hosting an international interactive art and live electronic music festival, with artists or artists work, arriving from the US and from all over Europe. SpiritStore will host the TWEAK cinema day on 24th of Sept, workshops on open source programming or digital object hacking that would normally cost 150 euros are available at a tenth of that price, (to very limited numbers, so be prepared to fight for a place) Nights of digital sound performances and expert presentations will run for 5days.

What emerged from todays talk is the sheer hard work that has gone into organising TWEAK, thanks Nora!

Finally, tonight Paul Tarpeys commentry and images of city graffiti defied any narrow interpretation of the form. Questions were put to the audience without judgement, on the activity, as a mark, an artform, a political or social statement, as a genre, a sub-culture, and in the end, on what future form might the activity and the graffitists take. 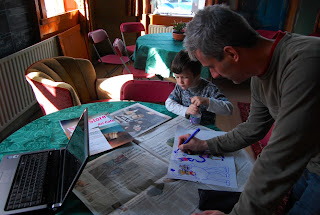