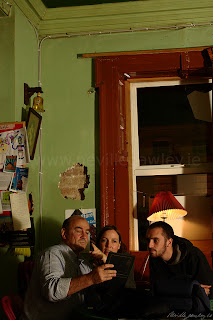 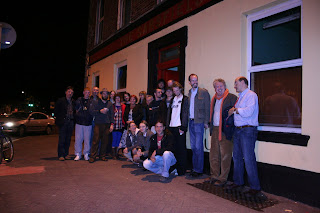 In the evening we invited the 'regulars' who drank in the bar when it was under the care of Sean Hickey, the original owner of the bar, to come visit on the last night. Mary (Meme) La Touche, regular at the Sarsfield bar for seventeen years, had very fond memories of Sean Hickey , 'Sean loved us and we loved him' the respect people had for his opinion, his bar and his character was enormous. Sadly quiet a few of the original 'regulars' have passed on and Mary spoke of them and the warm community of people that had known each other because of that place.

Later, John Hickey (son of Sean Hickey) brought photo albums and stories of his father were told and memories celebrated. Coincidently, we discovered from John's old photos that we have returned the Sarsfield Bar / SpiritStore to the colour it had been before it was painted green. 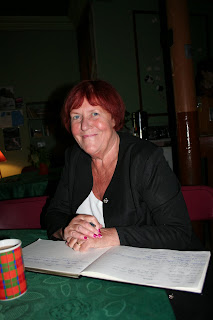 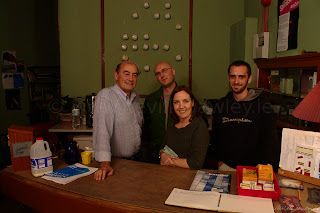 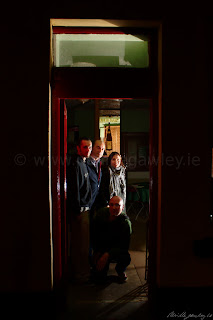 John Hickey (son of the original owner) locked the door on the last night. 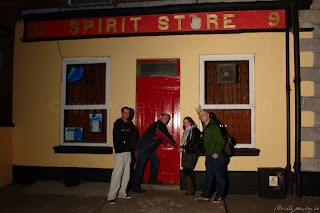